Anxiety, which is associated with feeling of fear, nervousness, worrying and apprehension, can cause one not to lead a normal life if it becomes a disorder. This is because the condition makes a person experience persistent anxious feelings without any cause. While normal anxiety is healthy and consists of anxious feelings that appear in response to a particular situation and then disappear, a person with an anxiety disorder experiences these feelings and they do not disappear even after the stressor goes.

However, not all is lost because there are natural herbal remedies for anxiety that do not come with side effects and are not addictive unlike their medical counterparts. They can help you deal with the anxiety in a natural way to enable you to lead a normal life. What’s more, the herbs are also useful in other aspects of the body.

Using herbs to deal with anxiety is beneficial because it enables you to learn how to control anxiety. This is unlike medication that numbs the anxiety. It is valuable to practice other ways of reducing anxiety while on herbs such as using breathing and physical exercises, diet and avoiding stimulants such as alcohol, sugar and coffee. Be sure to check my newer post about the best herbs for anxiety, I have covered the topic of herbs and anxiety even more thoroughly there.

Guidelines for using the herbs

In as much as the herbs are useful and a natural way of reducing anxiety, they should be taken with caution to ensure their effectiveness.

Some of these herbs include:

Passionflower has a calming effect to someone suffering from anxiety, nervousness and restlessness. It reduces muscle tension and calms the nerves. However, some people get drowsy when they use it that is why it is advisable to try it first in the evening before using it during the day to see its effects. It is available for example in pill form and liquid extract.

Chamomile is known to ease anxiety and calm nervousness and no side effects have been noted so far. The herb can be taken in tea and it also available in pill form. Its other benefits in the body other than reducing anxiety include dealing with insomnia, headaches and indigestion. However, it is recommended for short-term use and not as a long-term solution. Those taking birth control pills, sedatives, diabetes or blood pressure medication as well as blood thinning medicine should avoid it.

Other than smelling great, lavender flower and oil is a remedy for anxiety. Inhaling it or adding the oil to your bath water results in a calming effect. It also comes in softgel supplements, soaps, extracts, lotions, essential oils or other types of supplements. To use, you can add a few drops of essential oil to boiling water for steam inhalation. The oils should not be taken in tea or food due to their toxic nature. For tea, you should use dried lavender flowers, which you should put in a cup of boiling water. However, it is unsuitable for young boys due to hormonal changes. I just recently found that out and luckily I did, since I have a five-year-old son who often suffers from anxiety.

The lemon balm herb helps to ease anxiety and stress and it has been used since the middle ages. It can also be mixed with valerian and chamomile and taken in form of a pill or in tea. The balm is available in capsule form and as extracts that can be taken in a beverage or alone. It can also be used as a remedy for digestion problems, headaches and pain. The recommended dosage for the capsules is between 300 to 500 mg per capsule, taken up to three times a day. Lemon balm is also easy to grow yourself: I tend to buy a bunch from the nearest supermarket and plant it to my herb garden. Lemon balm thrives even without touching it (and I’m the worst gardener in the world, born with a brown rather than a green thumb… so getting anything grow is always a huge victory for me!). The plant even survives the cold and hostile winter.

Although not specifically for anxiety, St John’s wort fights depression, one of the symptoms associated with anxiety. It also lifts moods in addition to its other many uses such as for treating viral infections on the lungs, genitals and treating diarrhea. It is found in tablets, capsules and in liquid extracts. It may take a few weeks for improvements to appear. When you decide to stop, lower the dose gradually instead of stopping suddenly. It is not suitable for those taking antidepressants, allergy drugs, birth control pills and sedatives. Breastfeeding and pregnant women should not take it as well as people with bipolar and ADD.

Valerian helps to relax someone with anxiety and the remedy has been in use for many years. It was also one of my favorite natural treatments when I was suffering from anxiety and depression. Valerian is better used as a pill rather than taking it in tea due to its smell. You can also mix it with other herbs such as lemon balm, passionflower or hops to reduce the smell. It is also available as such (cut and sifted) and fluid extracts, tea and tincture form. Its sedative effects mean that it is better taken when one is not active such as when going to bed although it can be taken during the day. The root is also useful in easing insomnia. However, it should not be used with alcohol or be taken more than a month without the approval of the doctor.

Kava is made from the roots of a pepper family plant, Piper methysticum, and it is one of the really effective anxiety herbs. It helps with anxiety and anxious thoughts. However, it has sometimes been associated with severe health problems, especially liver damage, and it’s best used only after consulting with a doctor and as instructed. In any case, it should not be used when taking other medicine, drinking alcohol or with liver problems.

A good-quality green tea and black tea contain L-theanine that can help with anxiety and calm you down. L-theanine increases the brain’s alpha waves and thus affects right in the brain. There are several studies that prove L-theanine very efficient for treating anxiety. It is also available as a supplement, but I personally prefer green tea to black tea or any supplement as green tea has lots of other health benefits and it is full of antioxidants that help boost immunity and reduce inflammation. 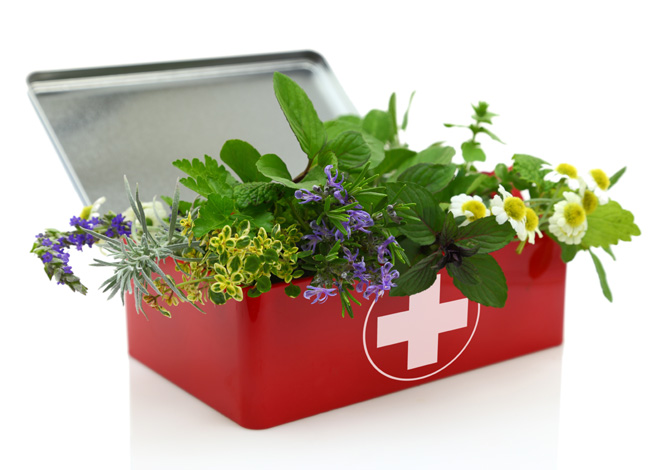 Anxiety disorder can be uncomfortable to live with due to constant nervousness, fear and unending worry to a situation that does not warrant it. However, you can use herbs such as lemon balm, kava, passionflower, valerian root, chamomile and lavender to get a calming effect and reduce the anxiety naturally. This is without the side effects and dependency that are caused by other medications. Nevertheless, the herbs should be used with caution to avoid complications by taking the recommended dosage, not using while using other medication and not taking them for long duration without a doctor’s approval. Consider also other natural remedies together with herbs for a holistic approach to treat your anxiety.

Can Anxiety Cause High Blood Pressure?

Cause of Panic Attacks

Understanding Separation Anxiety in Adults – Why It Doesn’t Get Easy to Say Goodbye?